Josh is getting a splice of the action 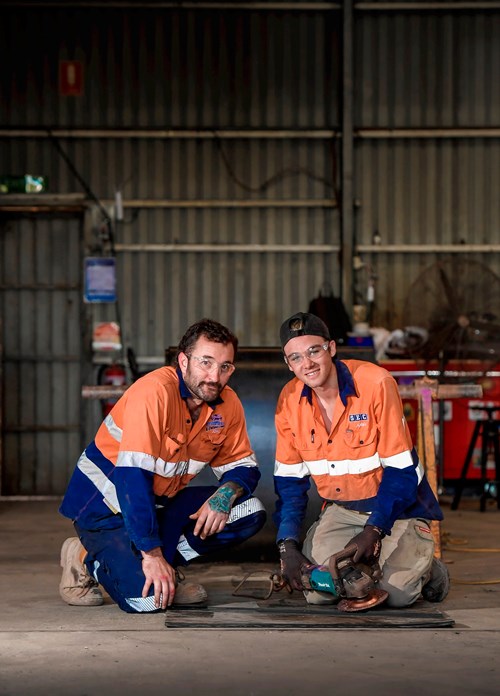 After graduating from high school and with limited employment history, 19 year old Josh, like many young adults, was unsure which direction to take. After signing up with the Transition to Work (TtW) youth team from Workskil Australia, Josh was placed with Youth Coaches, Roxy and Vicky, who worked with him extensively to mentor, guide and support him into the right career.

Josh was motivated to work and open minded with his employment pathway.  He was willing to work hard at an entry-level position in order to secure something that could be a long term career. His coaches worked with him to determine his skills and interests and decided that hands-on, physical roles where he could learn on the job were the most suitable opportunities.

His coaches were able to find a full-time belt splicer traineeship at South East Conveyors.  Given Josh’s positive attitude, willingness to work and interests this would be a great fit for both.  From here his coaches supported him every step of the way throughout the recruitment process.  They worked closely with him to prepare him for the interview and understand what to expect. Workskil Australia was then able to organise a police check, work clothing, Working at Heights and Confined Space tickets in order to get Josh ready for his new role.

Fast forward 6 months and now Josh is thriving at his new position and has made a big impact on the team. Josh says, ‘The thing I like most about my job is all the different sites I get to work at and all the different places I have got to see.’ Josh’s supervisor, Jono, has been thoroughly impressed with Josh’s performance explaining ‘he has shown great progress in his belt splicing’ as well as ‘he has dedicated himself to learn and apply himself on the job’. Jono states that ‘the biggest trait we look for is someone that is willing to have a fair crack at something and shows a determination to work hard and learn together in a team’. They are now even on the hunt for their next great candidate.

We couldn’t be more excited for Josh and the team at South Coast Conveyors that we could facilitate such a great employment outcome for all involved. A big thank you to Vicky, Roxy and the Transition to Work team for all your hard work.

To find out more about our youth services please click here.