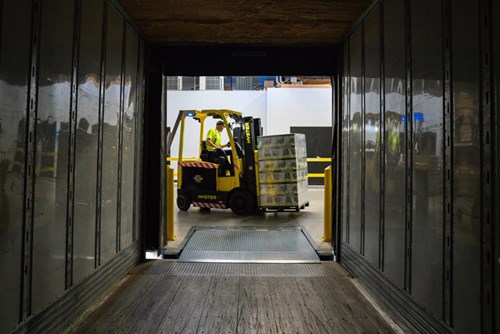 Rory* commenced in the Work Ready, Release Ready (WRRR) program in March 2018. He had served five years in prison and had completed multiple prison sentences previous to that. Rory presented a strong commitment to finding employment, however had barriers to employment, including being on the methadone program. He was open to opportunities and acknowledged that employment was important in keeping drug-abstinent.

Rory wanted to get a job as soon as he could, but was finding it difficult due to a lack of recent work history. However, he remained persistent, motivated, and did not give up. With the support of his mentor, Rory continued to forward his resume for available positions.

Rory was offered a position as a forklift driver. The employer was aware of his time in prison, but was willing to give him a chance to prove himself. His mentor liaised continually with his parole officer during this time to keep them updated regarding his employment.

To date, the employer is very impressed with Rory as well as his work ethic and attitude to employment. Rory is really enjoying his employment and being able to make a positive impact to the community. He is working full time, has purchased a car, and has been promoted to managing a small team after being acknowledged for his commitment and leadership. WRRR continues to provide ongoing support to Rory to maintain his new life.

Find out more about the Work Ready, Release Ready program.