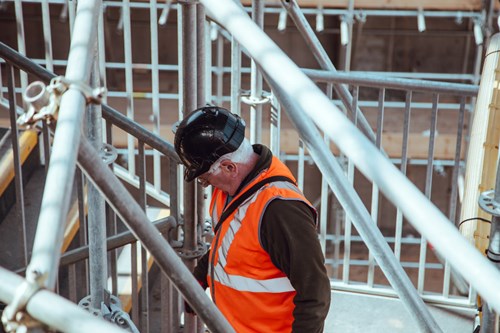 Roger commenced in the Work Release, Ready Release (WRRR) program while at the Cadell Training Centre. With this being his 10th time in prison, Roger was adamant that he didn’t want to go back.

When Roger was released into home detention, he engaged with the WRRR program to ensure a smooth transition back into the community. As part of his engagement, Roger kept his mentor up to date on what has happening in his life, including any issues that he was facing. In particular, Roger had concerns about how his release was going to go, but really pushed and motivated himself.

To ensure he was work ready, the WRRR team supported Roger with a new updated resume, personal protective equipment (PPE) and qualifications. As part of this support, WRRR also provided transport to and from interviews.

Despite having a limited working history and other barriers to employment, Roger has been proactive in finding and securing a job. As a result, since being released, Roger has been offered multiple short term roles in the construction industry. Roger is hoping to expand his career further, with the goal to find a fly in, fly out (FIFO) job in the mines. Well done Roger!